Ridgestone Physical was formed in June 2016 after it's founder, Jay Cramb, re-trained in both Swedish and Sports & Remedial massage therapies.  Although Jay is currently the only therapist in the business, he is supported by a number of people in the background in a variety of ways.

Originally setting up our base of operations at TCA Newsroom in Glasgow, Ridgestone Physical steadily grew, gaining recognition and reputation both amongst the climbing members and staff at the centre, and in the business community across Glasgow and beyond.

We still retain our close relationship with the TCA team here in Glasgow, and as well as the Newsroom, we are looking forward to the completion of the new Prop Store in the coming months and to starting to offer our services from there too.

Most of our work is conducted out of our new HQ in The Pentagon Business Centre in Glasgow.  We acquired the clinic space at the start of December 2018 and had a launch day just before that Christmas; properly opening our doors here in January 2019.

Our primary focus is on the great outdoors.  We aim to provide our services to everyone involved in outdoor and extreme sports, from amateurs and enthusiasts all the way through to highly skilled, high-level, sponsored athletes.  We're aware that this covers quite a lot, and we're more than open to everything from deep-sea diving to high-altitude sky-diving; and literally everything in between!

We're not completely exclusive though - we've worked with sports people in the more conventional sports fields; and also offer our services to the general public as well!  After all, stress and pressure are as much on rugby players as they are on office workers; and a twisted ankle can happen as much from a cross-country run as it can from carrying your shopping into the house.

Whatever the cause of your aches, pains, stress or injuries, we can provide the right support to get you back to being you, and doing what you love, as soon as we safely can! 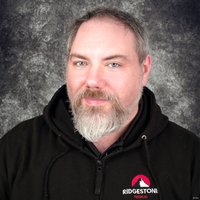 Jay will quite openly tell you that this is his "third life", and this is certainly the case in terms of his careers.  His 'first life' began with a recorder in primary school and progressed right through to acheiving his Bachelor of Music as an accomplished oboist.  Then, as he says, 'real life' hit him square between the eyes!

From a small part-time retail position with one of the big comms companies after university, he quickly progressed into the world of Learning and Development/Corporate Training.  This was his'second life', and he spent a very enjoyable fourteen years in the industry, latterly as a manager in another big comms company.

It was towards (what turned out to be) the end of that career that he started to retrain in Massage therapies with the Western School of Massage; who he also now works with to train new therapists.

During the first nine month course, Jay was diagnosed with a brain tumour.  It was fortunately benign but would still have done the job if left untended.  Unfortunately, it was a pituitary tumour, meaning that Jay no longer has any hormone function.  Today, he is in the clear, and despite a few minor ongoing side-effects and medications, he is in top form!

He is more than passionate about his work and feels like he has finally found his "third, final and best" career for life.  After an initial eighteen months of study (and only one weekend missed because he was in hospital!) Jay was made redundant from his previous career role and made the decision to form Ridgestone Physical.

Since then, both he and the company have gone from strength to strength.  With a large amount of Continuous Professional Development to build his skill set, as well as a huge amount of involvement in the local business community, Jay has become an accomplished therapist with a successful track record in working with his clients.  He has big plans for the company and has said that there are great things to come!

Jay is registered with the:

and is PVG Certified by Disclosure Scotland.